I. Functioning of the radar

The basic principle of radar is simple. The radar antenna transmits a radio signal pulse in a focused beam and analyzes the signals that are reflected by targets of sufficient size with which the beam came in contact. For a weather radar, the targets are precipitation sized hydrometeors. 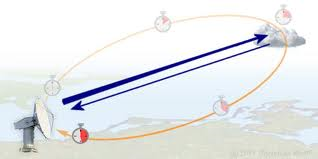 To be able to detect all the precipitation sized droplets in the atmospheric volume around the radar, the antenna must perform sweeps or scans of this volume at different angles. Typical values of elevation angles are between 0.5° and 1° to scan the low levels and up to 30° or more for the upper levels. Usually, the radar antenna rotates at a speed of 2 to 4 rotations per minute but scanning velocity up to 6 rotations per minute are possible. 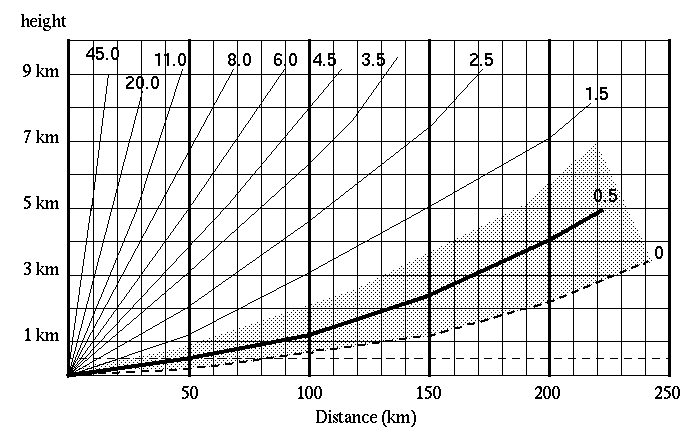 If we take the same example (centre beam at 0.5° and distance from radar 200km) this also means that all cloud droplets below 1.5km or above +/- 6km will not be detected.

Once all these scans are done, we produce two different types of products for display on the website.

A PPI-image is an image produced from a single sweep at a single elevation. The PPI-image posted on our website is a PPI at 0.5° elevation to be able to "look as far as possible" i.e. 245km. Obviously one should always be aware of the limitations of radar technology, i.e. :

This image is based upon the scan of the complete volume of radar data (all angles of elevation), but is limited to a max distance of 125 km from the radar location. With ref to figure 2, this means that all echoes detected between earth's surface and +/- 20km altitude will be displayed.

The echoes that are displayed are calculated by taking the highest reflectivity value in the whole volume (between surface to 20 km altitude). When looking at the chart area of the MAX picture you do not have an indication on the vertical distribution of the echoes. 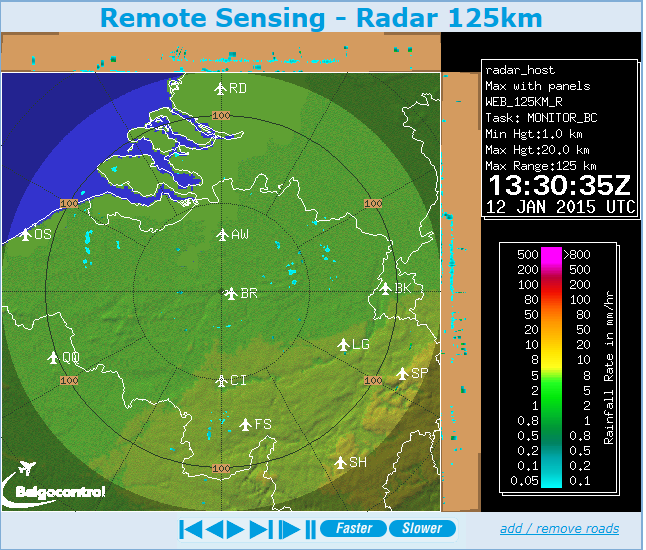 The precipitation intensity is indicated by a distinct colour coding varying form "marginal" (light blue) to "extreme" (dark blue/purple). The intensity legend is included at the bottom of each picture.

showing the lightning strokes of the 5 minutes preceding the time indicated in the picture's legend. In other words lightning activity from 07:45 UTC till 07:50 UTC will be depicted in the 7:50 UTC image. The lightning data covers the complete geographical area shown, meaning that there are also possibly strokes depicted in areas where there is no radar coverage. 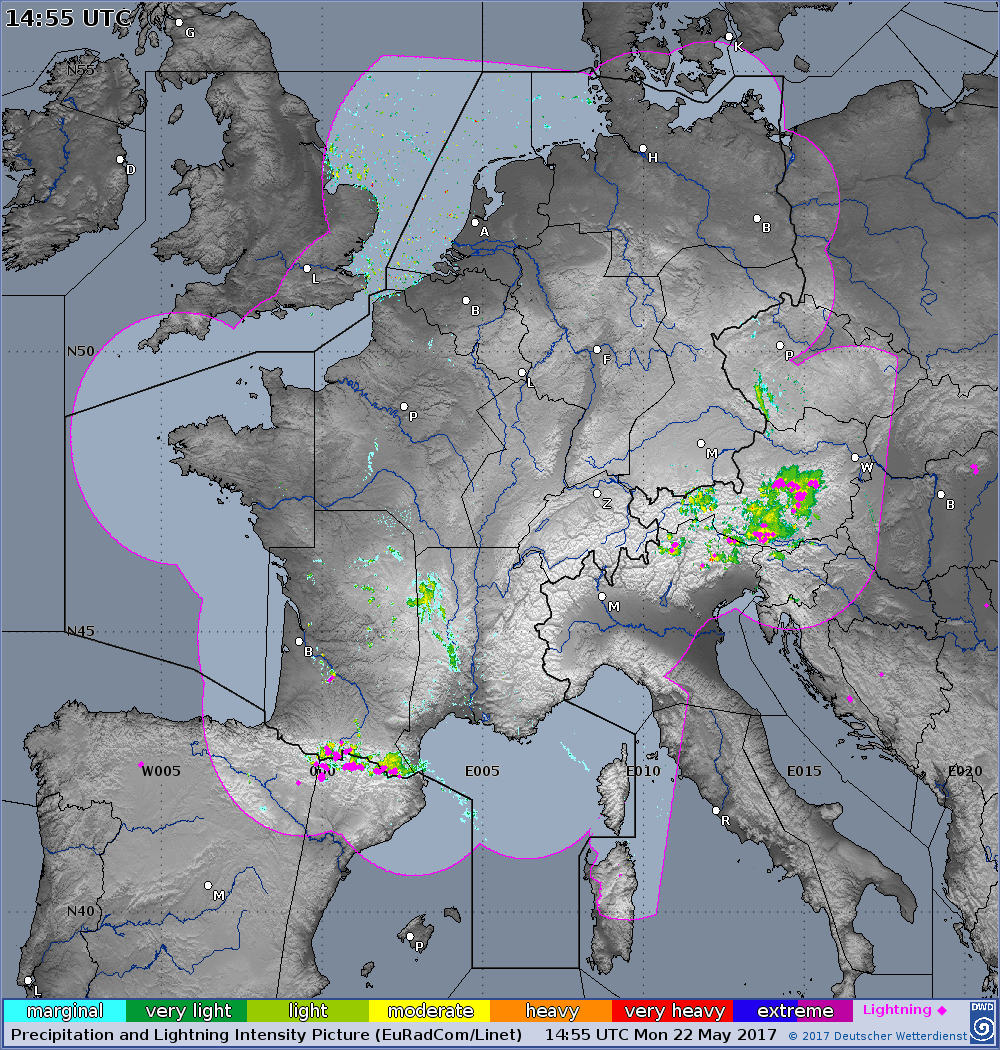 Second trip echoes are "false" echoes which appear on the radar images as parallel lines or rain zones of little intensity. They do not depict actual rainfall but are caused by the presence of other weather systems at great distances (usually large convective systems at 200 to 300km). 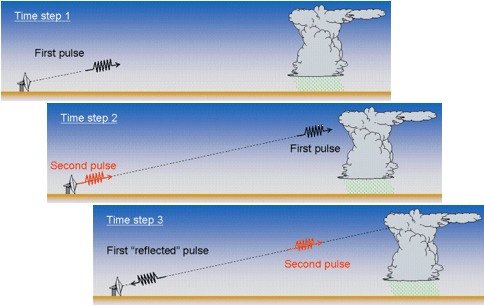 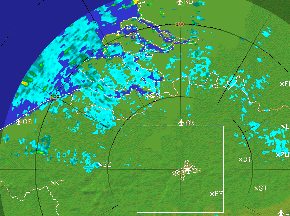 The Meteosat Second Generation (MSG) satellites are geostationary weather satellites developed by a joint venture of ESA ( European Space Agency) and EUMETSAT ( European Organisation for the exploitation of Meteorological satellites). Meteosat-8 is operational since mid-2004, transmitting new observations every 15 minutes in 12 spectral channels. The previous series of weather satellites 'only' transmitted observations every 30 minutes in 3 spectral channels (visible, infrared and water vapour)

Knowledge of meteorology and climate has evolved tremendously thanks to the availability of detailed satellite images. That is why satellite observations are an essential input for weather models and they are very important for weather predictions in the short and medium term.

It is also possible to observe cloud patterns through satellite images and to continuously follow up their evolution.

An infrared satellite image is created by measuring the thermal radiation emitted by the earth's surface and the cloud tops. That is why an infrared image is actually a temperature chart of the underlying surface. In order to simplify the interpretation of the satellite image, the original black-and-white image was artificially coloured in. Low temperatures (high cloud tops for instance) are white or light blue zones. Higher temperatures are indicated by grey zones. By using a colour scale, it is easier to distinguish the earth's surface, the clouds and the water surfaces. 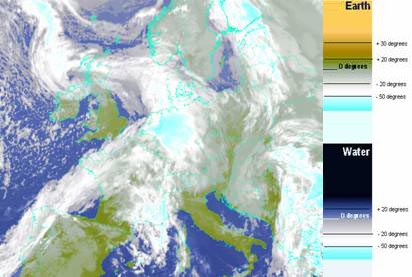 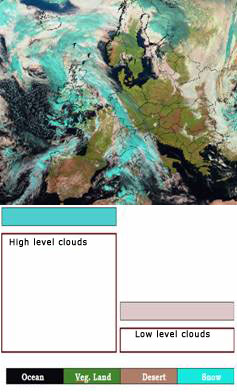 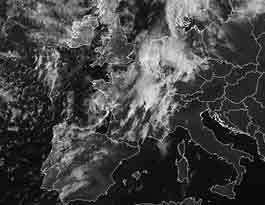 The grey scale image is a Higher Resolution Visible picture. The geographical coverage has been reduced in order not to degrade the quality when displaying the image.